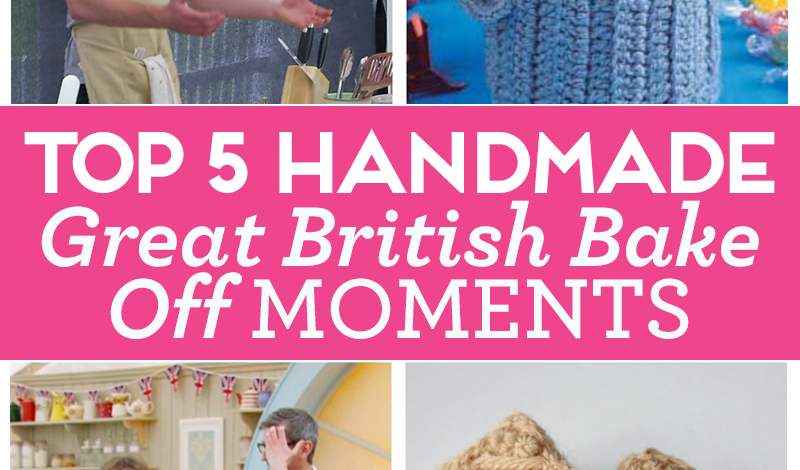 If there’s one thing that cheers us up as summer draws to an end, it’s the fact that the Great British Bake Off starts up again! To celebrate the start of series six, here’s some of our favourite GBBO moments, recreated in knit and crochet!

Who can forget Bake Off’s most controversial moment? When Diana removed Iain’s ice cream from the freezer in series five, all hell broke loose. The dramatic episode culminated with Iain throwing his Baked Alaska in the bin, an action that led to a large #JusticeForIain campaign on Twitter. Find the cute bin pattern here.

Loveable series four contestant Howard made a beautiful custard, only to have it accidentally taken by Deborah. We love these cute custard cream brooches from Etsy!

Viewers got rather more of an eyeful than they were expecting with this cheeky squirrel who popped up in series two. Cute Rusty the squirrel from our sister magazine Let’s Knit is far more modest!

Nothing makes Mary Berry crosser than a soggy bottom! That won’t be a problem with this knitted slice of cherry pie. The pattern is free!

We couldn’t end without a quick swoon over Paul Hollywood’s piercing blue peepers. Make your own pair of striking blue eyes with this zany pattern.

P.S. We hear on the grapevine that Mel and Sue enjoy a bit of knitting on set. Could the Great British Knit Off be the next hit show on our screens? We’d like to think so!