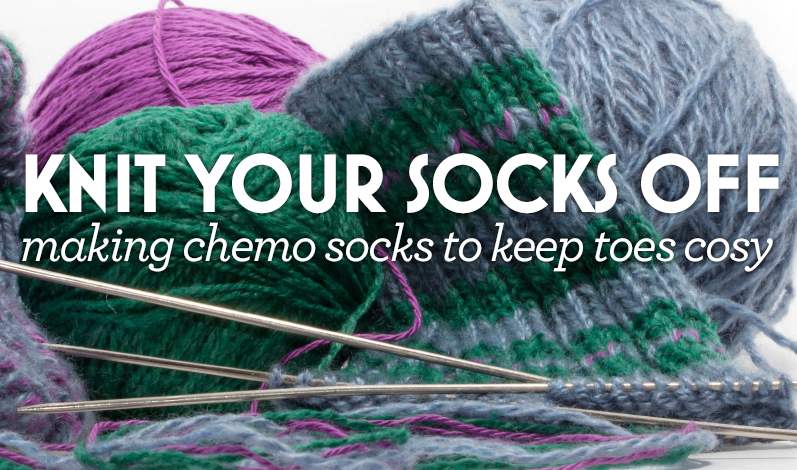 Read about one woman’s quest to keep cancer patients’ tootsies warm this winter, and find out more about how to join this great cause.

We spoke with the lady behind the Knit Your Socks Off Campaign, Samina Hussain, to find out how knitting a fluffy pair of socks can make a big difference to those undergoing cancer treatment…

The idea of the chemo socks came about when my friend Sbba kindly knitted me a pair whilst I was going through chemotherapy earlier this year. It was a real godsend because it meant I could kick off my shoes and relax, plus the handknitted socks were warm and cosy.

I was diagnosed with grade 3 breast cancer in August 2014. I had both surgery and radiotherapy, which was okay, but chemotherapy made me ill and I was poorly. I also felt very low, and found that the bright socks helped to add colour to the journey – lifting my mood and keeping me warm.

Although I didn’t knit during treatment myself, I know that my friend Sbba did as well as many other patients. I did try art therapy, which really helped, and I think many of us felt that creativity made the journey a little easier. 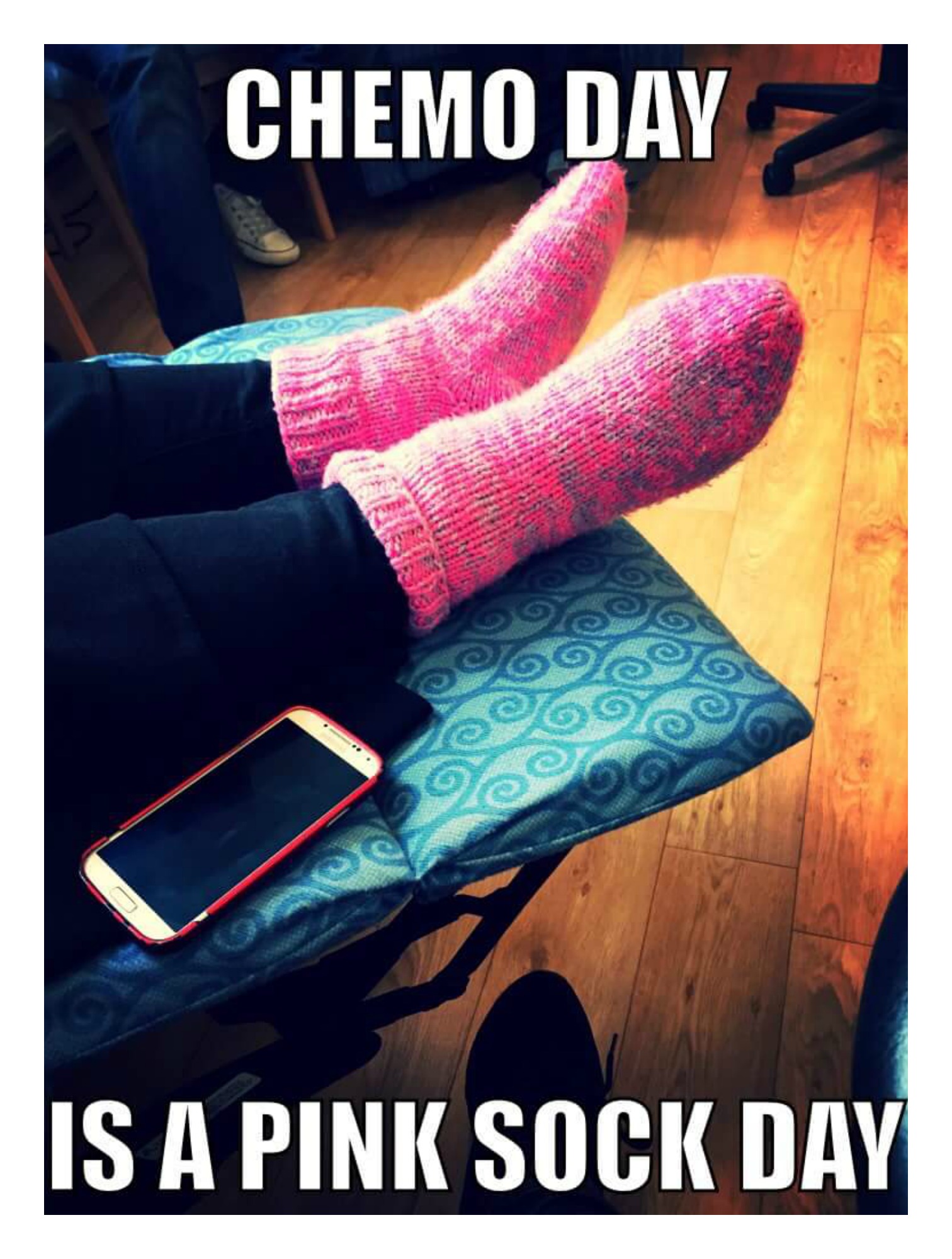 The Knit Your Socks Off campaign is a pledge I made, to ask our local community to knit 100 socks by this Christmas. Those who can’t knit and are not able to make any can easily help by donating wool. There are various drop-off points for this at the Asian Star Radio Observatory Shopping Centre and Slough Borough Council (see addresses details below). There is also a pattern below that knitters can use to make socks!

Through the campaign I am hoping to raise awareness of knitting. It’s the new yoga and people can use their knitting skills to put a smile on a cancer patient’s face. The response has been fantastic so far, with lots of people knitting socks and giving wool donations too. 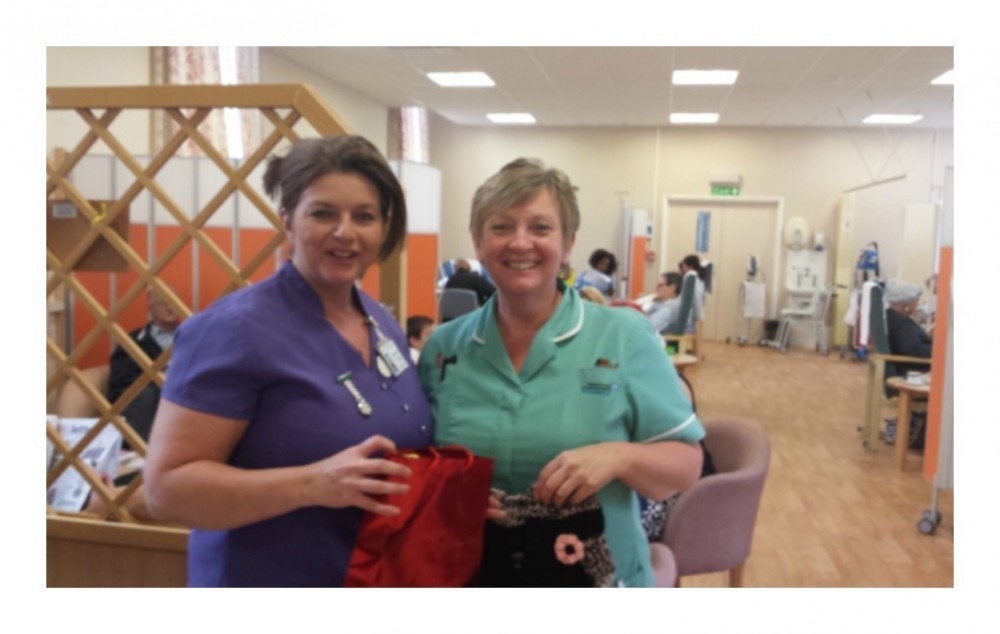 Drop off or send your socks to either of the following addresses:

A thank you to Asian Star Radio for promoting this cause!

Work in k1, p1, ribbing depending on size required:

Change to circular st st (k all rnds) for:

Sl these 18 sts onto a st holder

Rep Rows 2-3 until work is 3 inches long, ending with a WS row

With RS facing pick up

With the third needle pick up

K5 sts, place a marker after these five sts and before next five sts to denote beg of rnd

Once you have the desired length begin to shape the toe

Divide the 40 sts as folls:

Rep Rnds 1-2 until 12 sts rem, k sts from first needle onto third needle so there are six sts on each of two needles. Cut yarn leaving 20 inches tail and use a tapestry needle to work toe sts tog using Kitchener stitch

“I hope you enjoy making these socks as much as I have! Good luck and happing knitting”