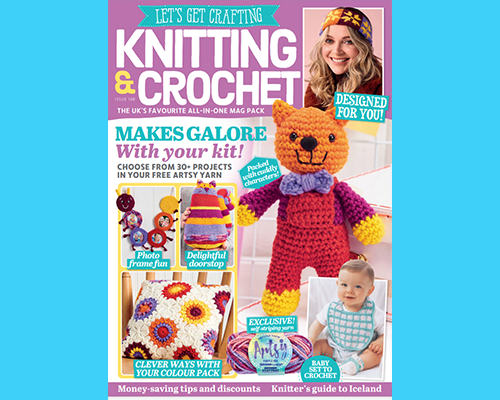 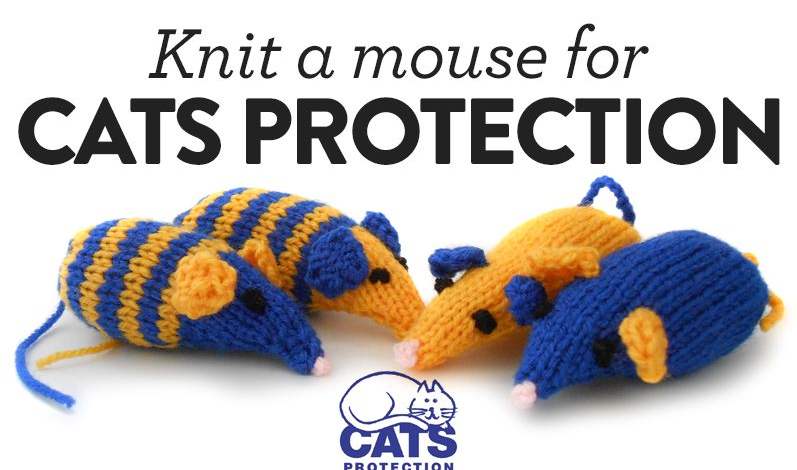 Knit A Mouse For Cats Protection

Cats Protection is a UK feline welfare charity that helps cats through rehoming and neutering programmes, reuniting lost cats, and encouraging kindness and understanding towards them. We’re asking you to knit a mouse toy for your nearest Cats Protection branch, shop or adoption centre, where it will gratefully be received by furry paws. 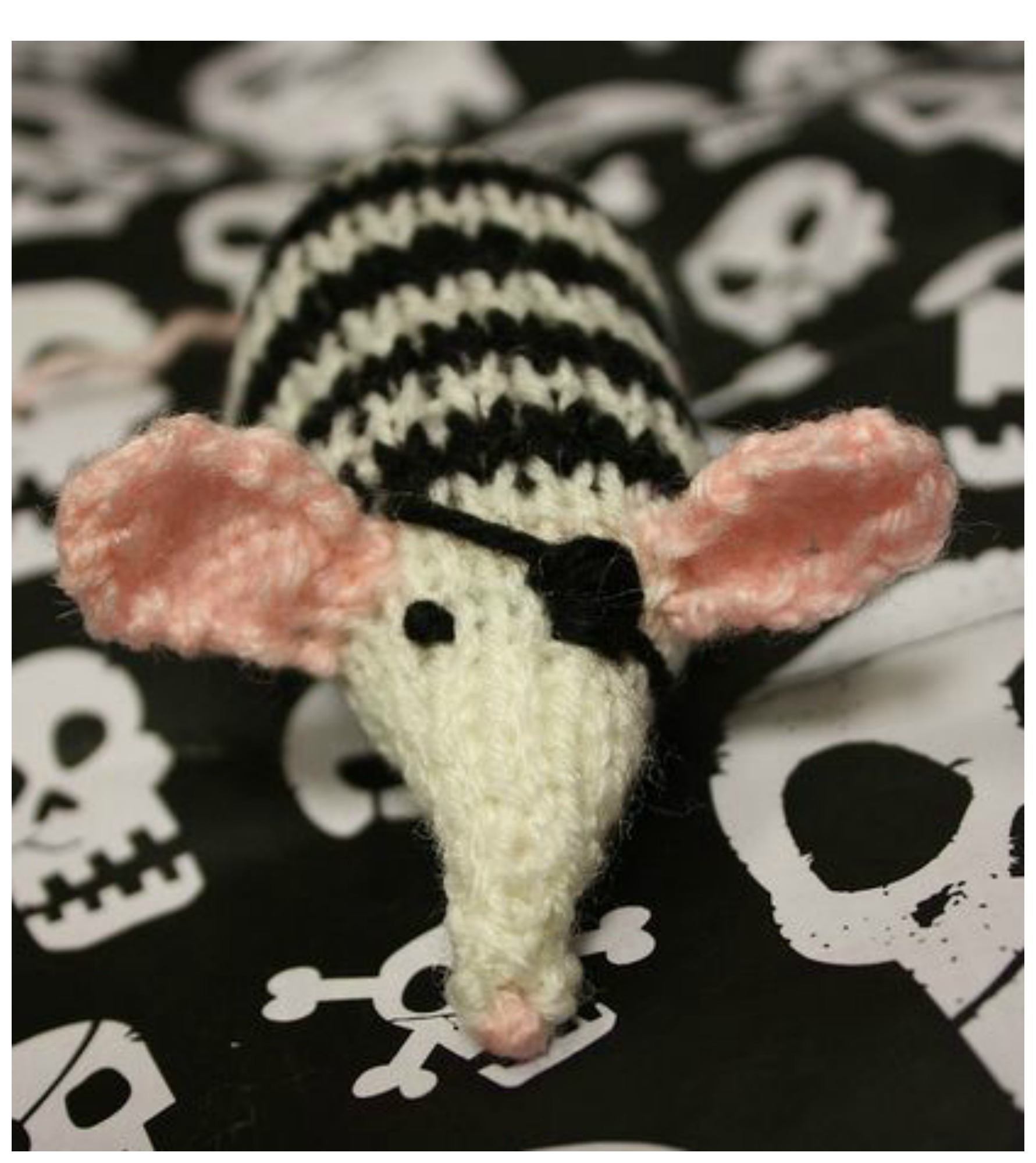 Cats Protection suggest that when you’re knitting a toy or blanket for a feline friend, it’s best to avoid using stretchy yarns or small plastic items – such as those that can be used for eyes – to reduce the risk of injury. Loose weave blanket patterns (involving large needles) are probably best avoided too.

Captain Cat-Battler was originally designed by Lauren O’Farrell for Battersea Dogs & Cats Home. Thank you to Lauren and Battersea for generously enabling Cats Protection to use this pattern.

• 15g acrylic DK; any colour but black or blue, and yellow preferred (body) 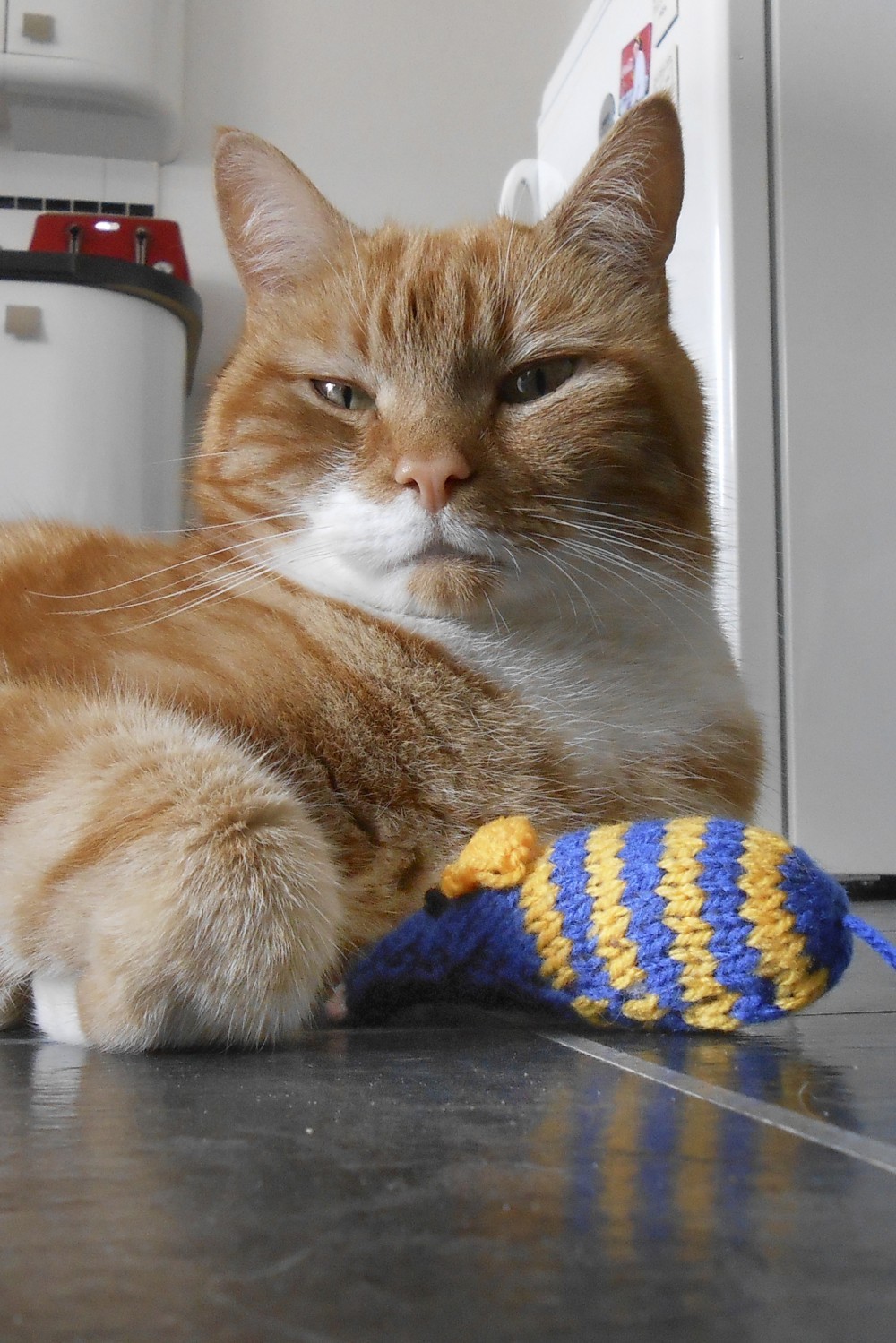 Row 2 and every even-numbered row: p

Cut yarn, leaving a long tail. Thread through sts and draw tight to make round part of ear

Sew in ends. Sew cast-on yarn through bottom sts and draw tight to make lower part of ear. Sew two sides of mouse body tog from tail to nose, making sure stripes match up and leaving a hole for stuffing. Insert stuffing (and optional squeaker and catnip) into body, wrapping squeaker and catnip in stuffing before if necessary. Finish sewing body up to tip of nose. Sew ears to body using long tail. Embroider nose with pink yarn, bringing yarn through body and out of end to form tail. Tie knot at end of tail. Embroider eye and square eyepatch with band. Eyepatch band should run from left ear, across face, to first blue stripe under chin

Please send mice to your nearest Cats Protection branch, shop or adoption centre to cheer up one of the thousands of cats in their care. Even better, adopt a cat to go with your mouse!