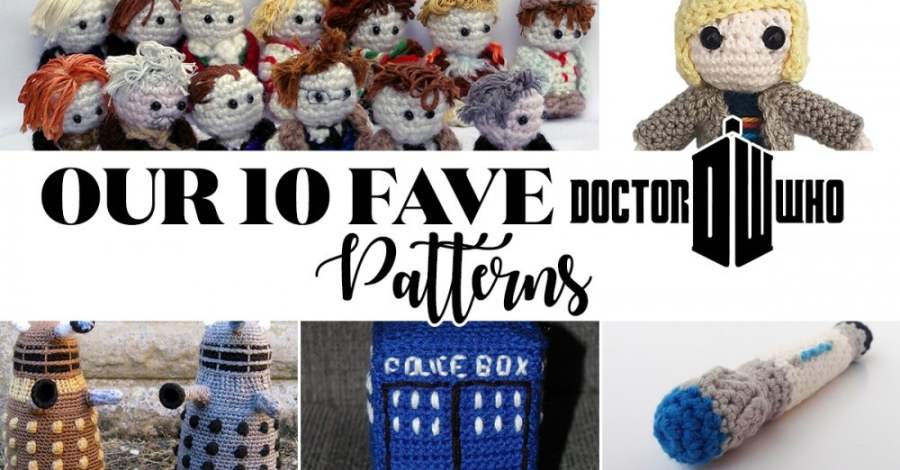 It’s been all change this year for that British TV sci-fi classic, Doctor Who. Not only did the 13th version of the Doctor become female – played by the frankly brilliant Jodie Whittaker – but instead of having a Christmas special, we’ll have to wait until January 1st 2019 instead. Still, it’s a great way to welcome in the New Year – plus an opportunity to sneak in a bit of crochet as you watch! Here’s our round-up of projects you can be working on, whilst peeping out from behind the sofa…

Last Christmas, we saw Peter Capaldi’s Doctor regenerate into Jodie Whittaker – since then, she hit the ground running during her first series with her dazzling performance. Heather Taylor of Daisy and Storm has immortalised Jodie’s time-travelling hero in crochet form, complete with her rainbow stripe T-shirt and long hooded coat!
Find the pattern here. 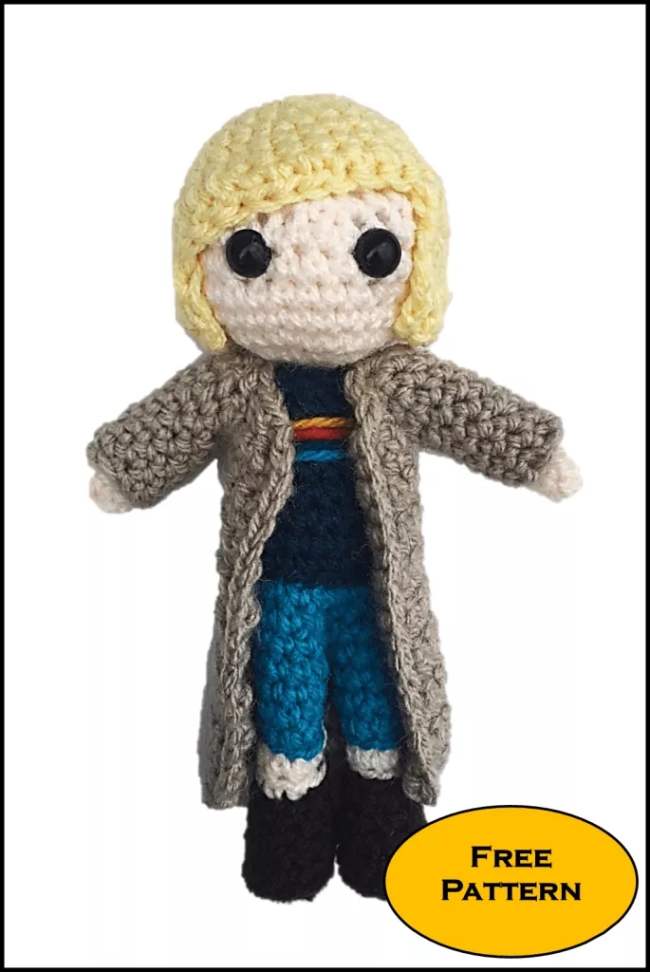 There have been many different Doctors but one thing they all share in common is the TARDIS! Disguised as an old-fashioned police box, it is in fact the Doctor’s ship that can travel through time and space. HeartofGoldPlate of Army of Owls has created this terrific mini version, although we can’t confirm whether it’s bigger on the inside…
Find the pattern here. 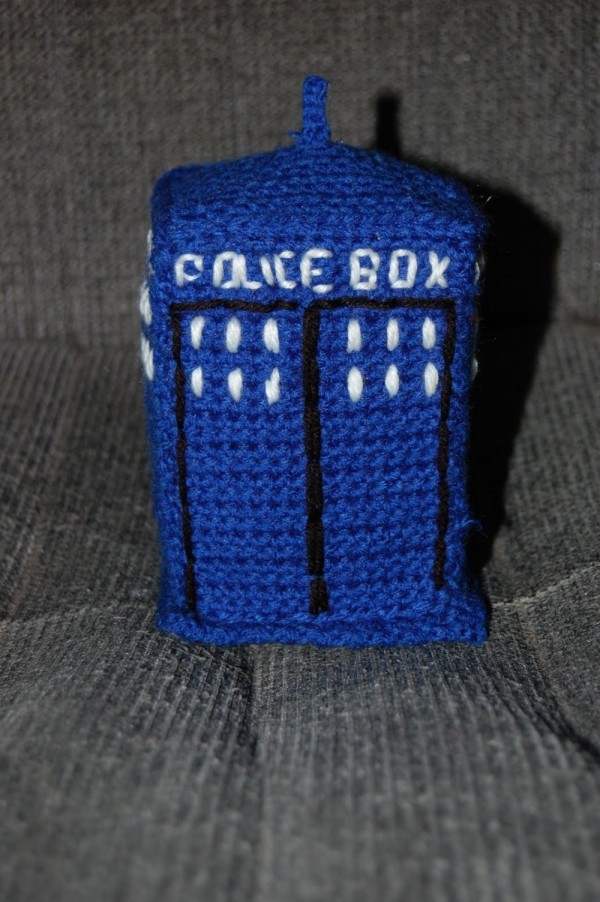 Another thing that the Doctor is rarely without is, of course, their sonic screwdriver. This handy little gadget is like a high-tech Swiss Army knife that gets you out of all kinds of scrapes. Louis Mensinger of Louie’s Loops has created a spot-on pattern based on the one owned by the 10th Doctor, played by David Tennant.
Find the pattern here. 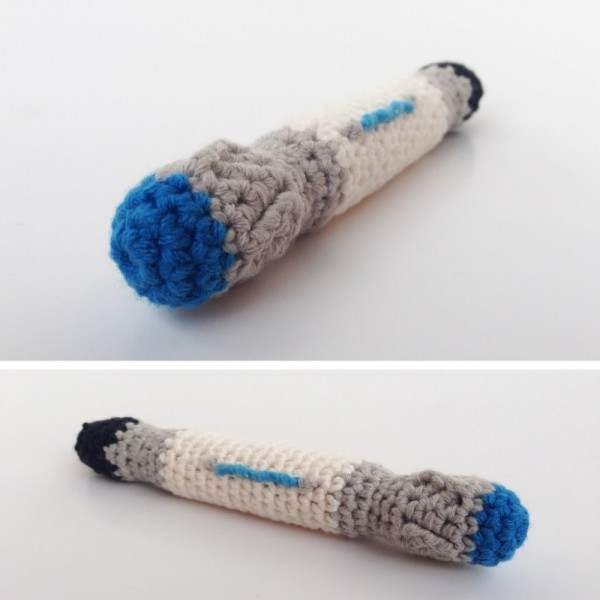 They may look like giant pepper pots but the Daleks are the Doctor’s greatest enemy, returning time and again with their cries of ‘Exterminate!’ At least Lucy Collins’ amigurumi pattern, based on the classic 1970s grey and black design and the later bronze and gold version, will be much safer to have around the house.
Find the pattern here. 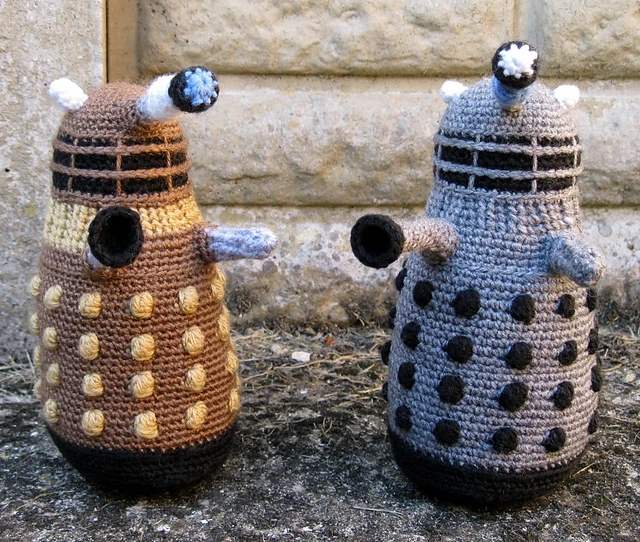 One of the newer, and bizarrely cute Doctor Who monsters, the Adipose were supposedly the ultimate weight-loss solution, transforming human fat into little white baby aliens. Personally we’d rather stick to a healthy diet, while crocheting Jennifer Christensen’s adorable amigurumi version instead.
Find the pattern here. 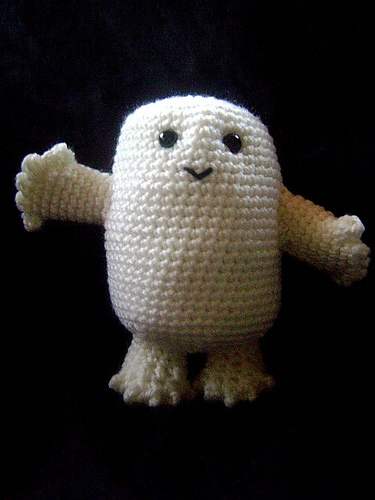 Another more recent, but decidedly more scary enemy! The Weeping Angels look like immobile stone statues unless no-one is looking at them… is it our imagination or have they moved a little bit closer? Shirley MacDonald’s amigurumi pattern recreates an Angel covering its face, but it’s perfectly safe – just don’t blink!
Find the pattern here. 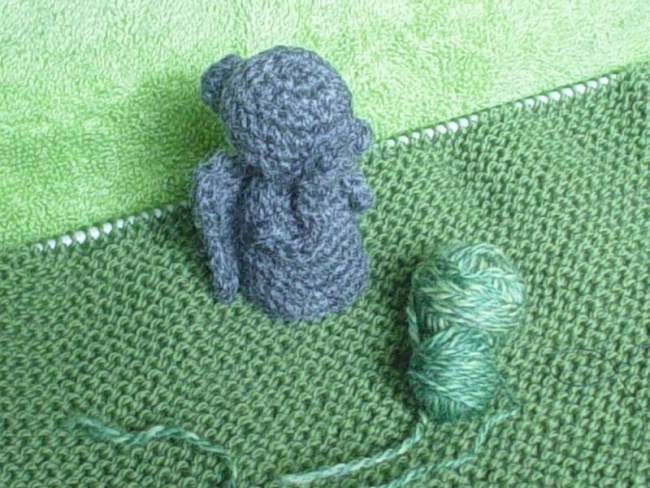 The Doctors may be different versions of the same person, but they all have their own unique outfits. The 4th Doctor, played by Tom Baker during the 1970s, was known for his immensely long, stripy scarf – although the original was knitted, Sandra Petit has created this authentic-looking crochet version.
Find the pattern here. 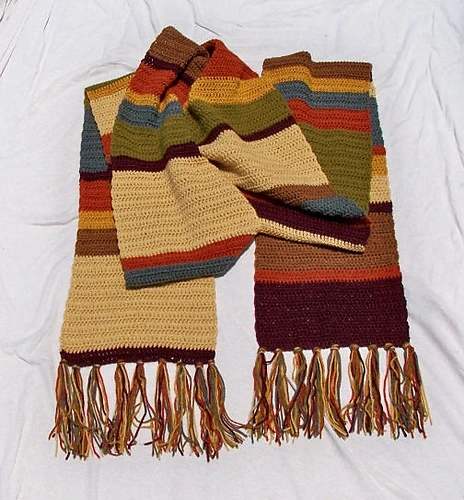 Speaking of interesting accessories, who could forget Matt Smith’s 11th Doctor who declared that “Fezzes are cool now”? He’d probably approve of this pattern created by Denise Plourde of Irish Lace, even though it’s not actually designed for wearing – it is in fact a rather nifty toilet roll cover!
Find the pattern here. 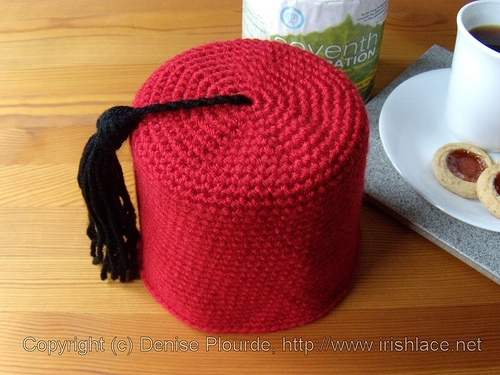 Thanks to time travel, it’s been possible for different versions of the Doctor to meet now and again – during the 50th anniversary special, we even saw 12 of them team up to save the day! Nyss Parkes of Pixelated Mushroom has created several amigurumi versions, so you can crochet your favourite or make them all.
Find the pattern here. 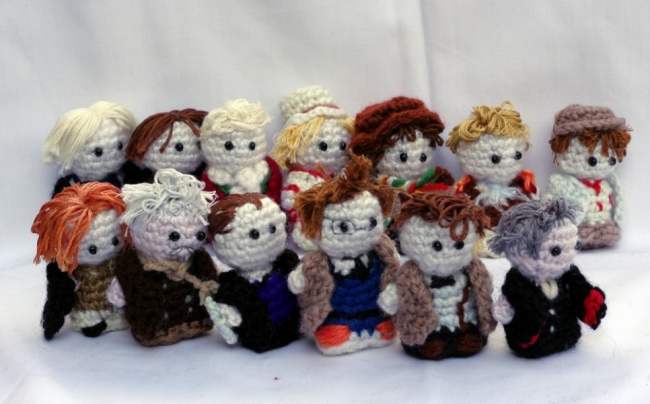 Whenever someone walks into the seemingly tiny TARDIS and gapes at the huge space within, we’ve often thought “I wish I had a bag like that!” This TARDIS crochet handbag by Jessica Evans on the Happy Hooker blog can probably only fit so much inside, but who cares when it looks so cute?
Find the pattern here. 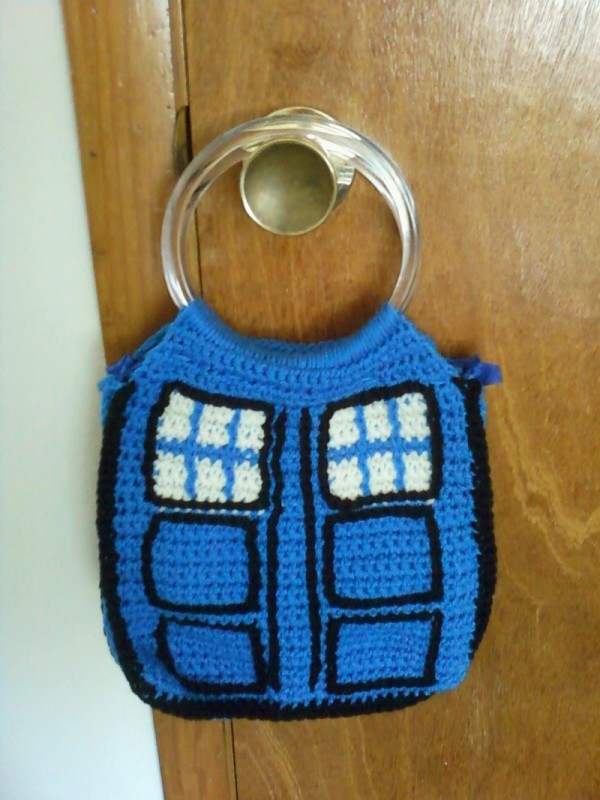